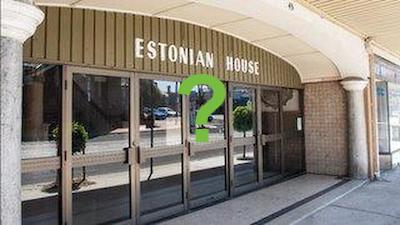 HAVE YOUR SAY & HELP DETERMINE WHAT THE FUTURE ESTONIAN HOUSE IN MELBOURNE LOOKS LIKE ! by completing the following anonymous survey form ↗
(It’ll only take 5 minutes or so).

See what others have said to date, by viewing a summary of the survey responses ↗.

current status as at mid february 2021

The Future Estonian House in Melbourne Working Group meets regularly and since March 2020, meetings have been held via Skype. The most recent meeting was held on 14th February, 2021.

key questions to be answered by the working group

As agreed with the Chairperson of the Executive Committee of the Estonian House Co-operative, the goal of the Working Group is to answer the following questions :

To provide recommendations only, to the Executive Committees of the Estonian House Co-operative and Estonian Society of Melbourne which have the joint authority and responsibility to progress any of the recommendations together with the members of their two organisations.

Next Steps subject to Covid-19 restrictions

The Working Group members are :

The Working Group maintains a list of Frequently Asked Questions ↗.

Therefore these committees consider it important to plan for the future Estonian House by These activities are scheduled to extend from early 2020 into 2021, as the Estonian community in Melbourne nears the key milestones of Who is going to lead these planning activities?
The planning activities will be led by a Working Group jointly commissioned by the two Executive Committees. The Working Group which meets monthly comprises - Imbi Knappstein, Lembit Marder, Kersti Nõgeste, Michael Payne, Bernadette Pilli and Ain Utt.
The Working Group may be contacted via email : This email address is being protected from spambots. You need JavaScript enabled to view it.

How will community members be able to voice their opinions?
The Working Group will gather feedback from members of the Estonian community (comprising people who have lived within a 480 km radius of Melbourne at some time between the years of 2016 and 2020) in a number of ways, including Informal feedback can also be sent to the Working Group via email : This email address is being protected from spambots. You need JavaScript enabled to view it.

Are there any limits on who can voice an opinion?
To ensure that community feedback is relevant, survey responses and informal feedback will be limited to those people who identify themselves as a member of the Estonian community and have lived within a 480km radius of Melbourne at some time between the years of 2016 and 2020.

What options do we have regarding the future Estonian House in Melbourne?
In basic terms, there are probably two key options – “stay” or “go”. However, there are potentially many versions of both of these – how we might “stay” and where we might “go”. Therefore, the Executive Committees of the Estonian House Co-operative and Estonian Society of Melbourne are being very careful not to “go into solution mode”, instead they wish to start by gathering community requirements before defining solution options. The Executive Committees want the solution to meet current community requirements along with those forecast for the future.

Once a recommended solution has been proposed, who will get to decide whether to accept it or not ?
The Executive Committees of the Estonian House Co-operative and Estonian Society of Melbourne will determine the appropriate approvers and approval process based on the nature of the recommended solution. 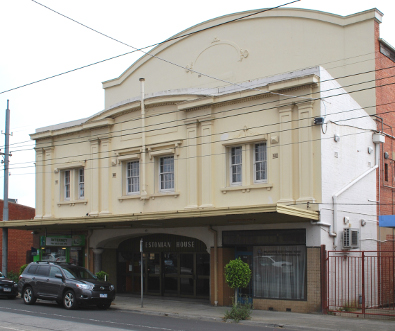 Estonian House is the cultural home for Estonians living in Melbourne and has been the focus of numerous festivals, events and commemorations for many decades. The first Estonian House was in Sydney Rd, Coburg. Due to the need for a larger premises to enable greater participation the current venue at 43 Melville Rd, Brunswick West was purchased and officially opened in 1972. ''Eesti Maja'' continues to provide a "home" for a number of regular culturally focused activities. The property is owned by the Estonian House Co-operative Limited and its ongoing operation and maintenance is shared with the Estonian Society of Melbourne Incorporated.

The Melbourne Estonian Hall is centrally located. It’s a large hall with kitchen facilities, and additional smaller rooms available for hire. The hall is owned by the local Melbourne Estonian Co-op, and can be a great venue for your next event. 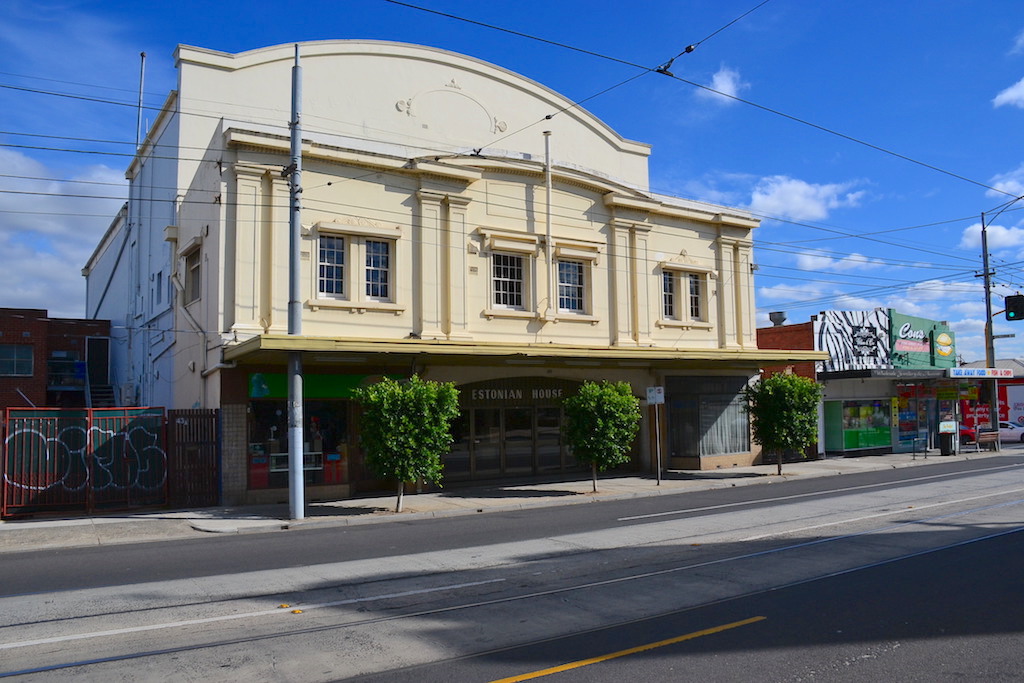 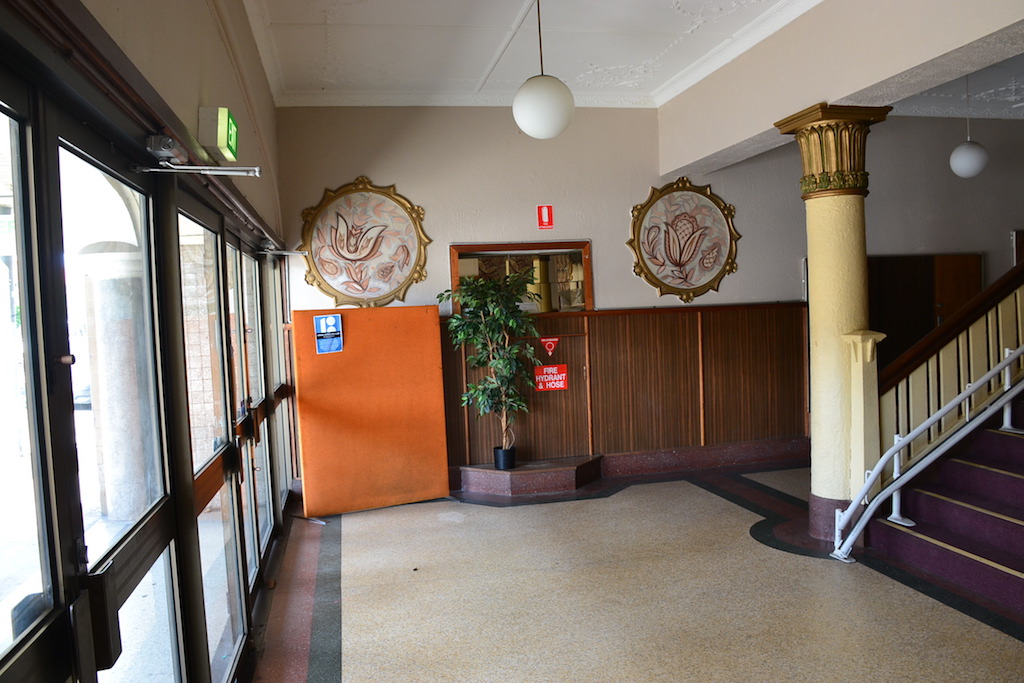 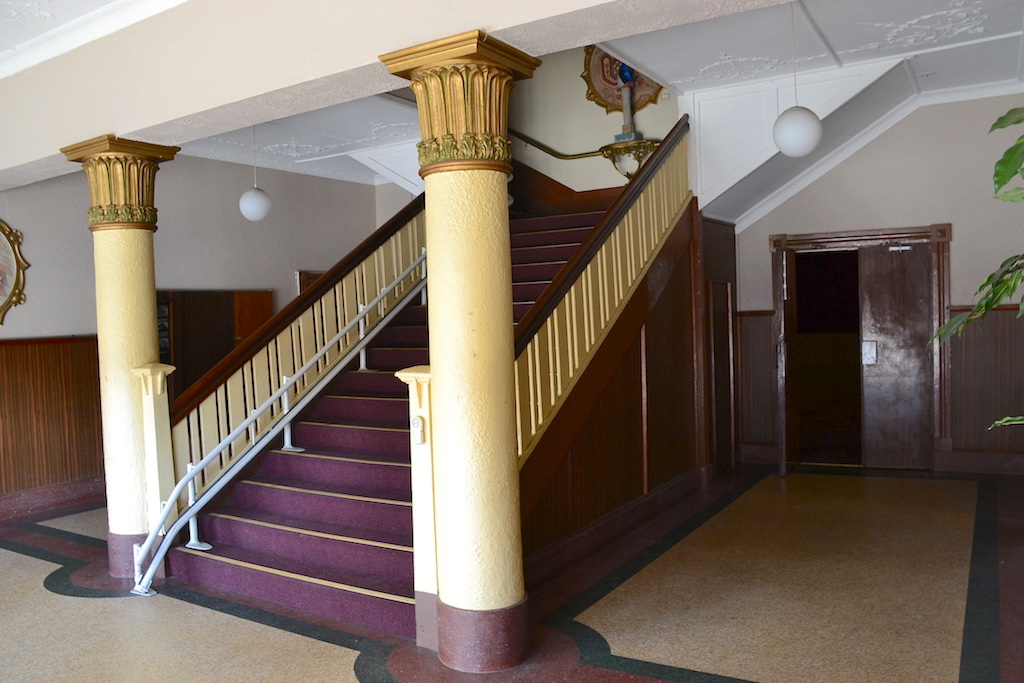 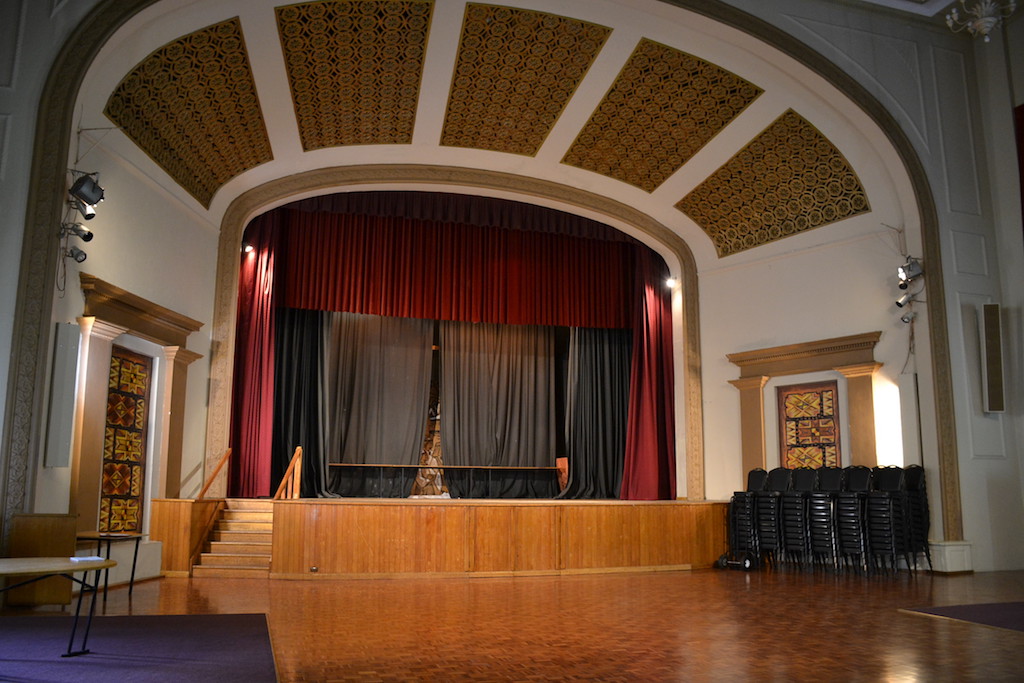 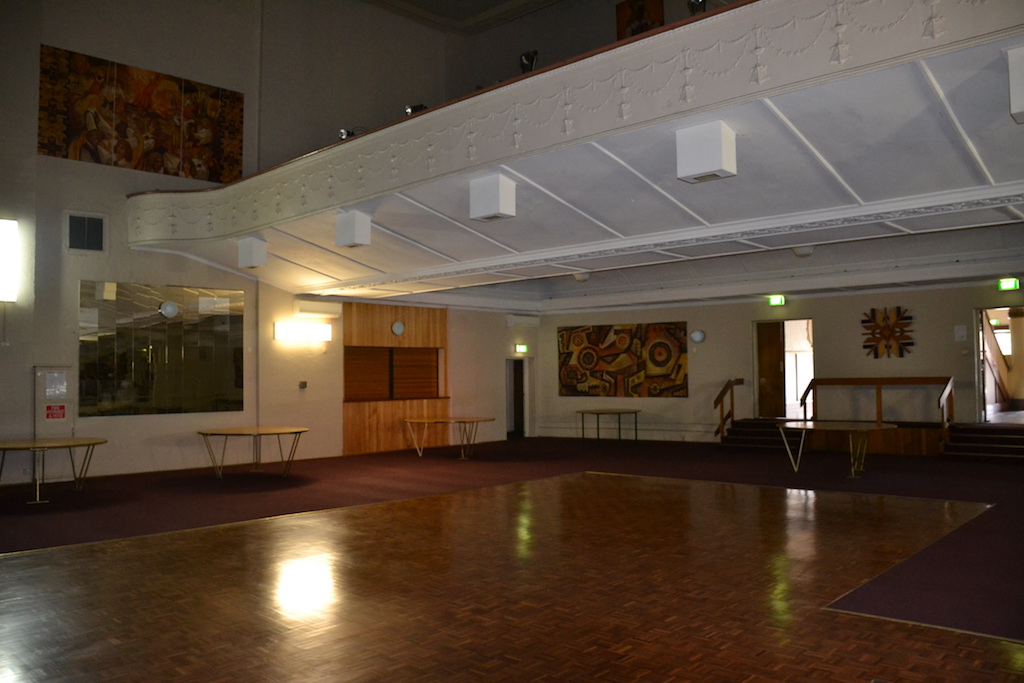 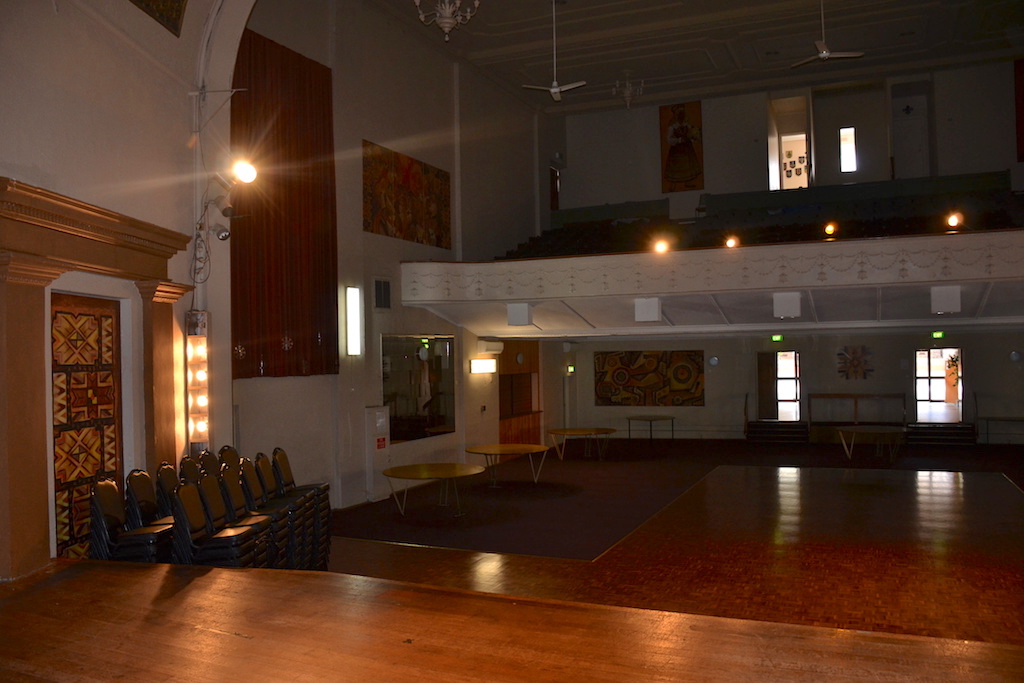 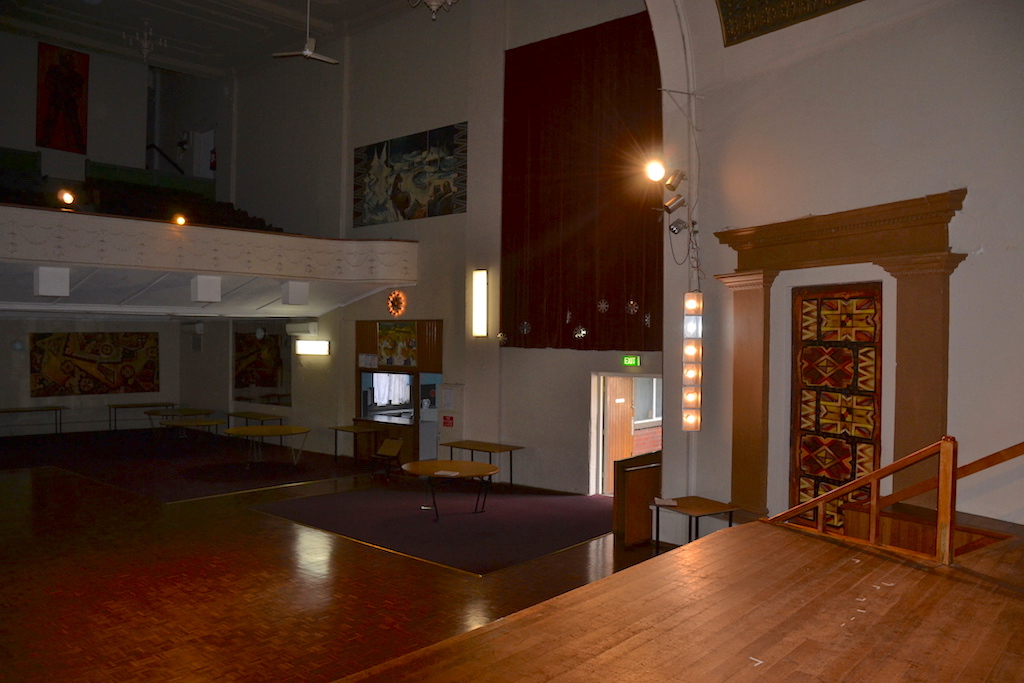 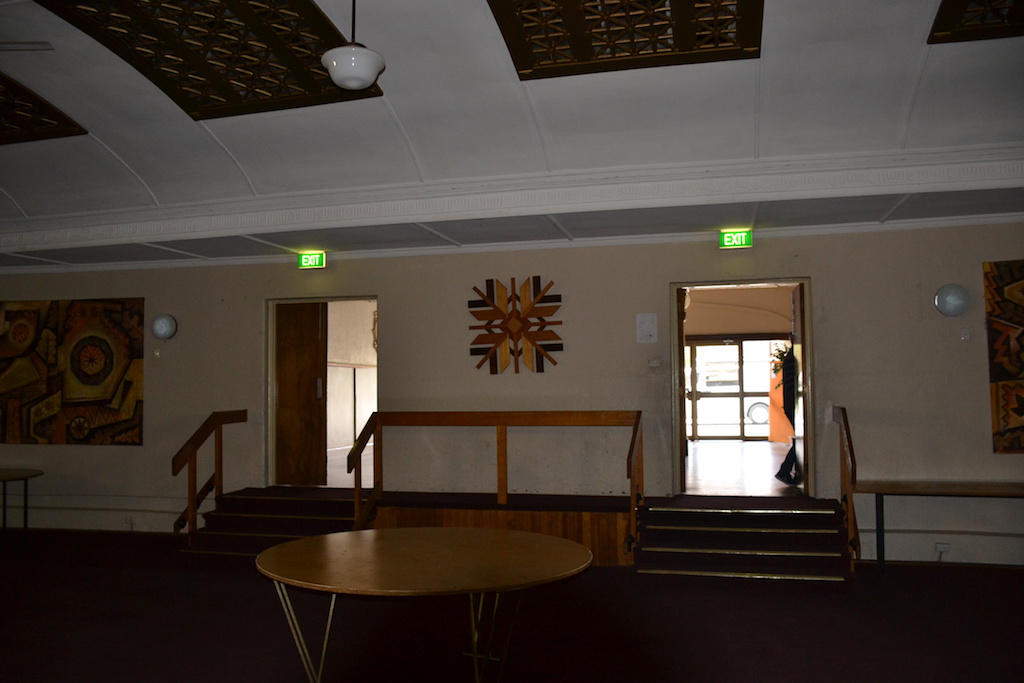 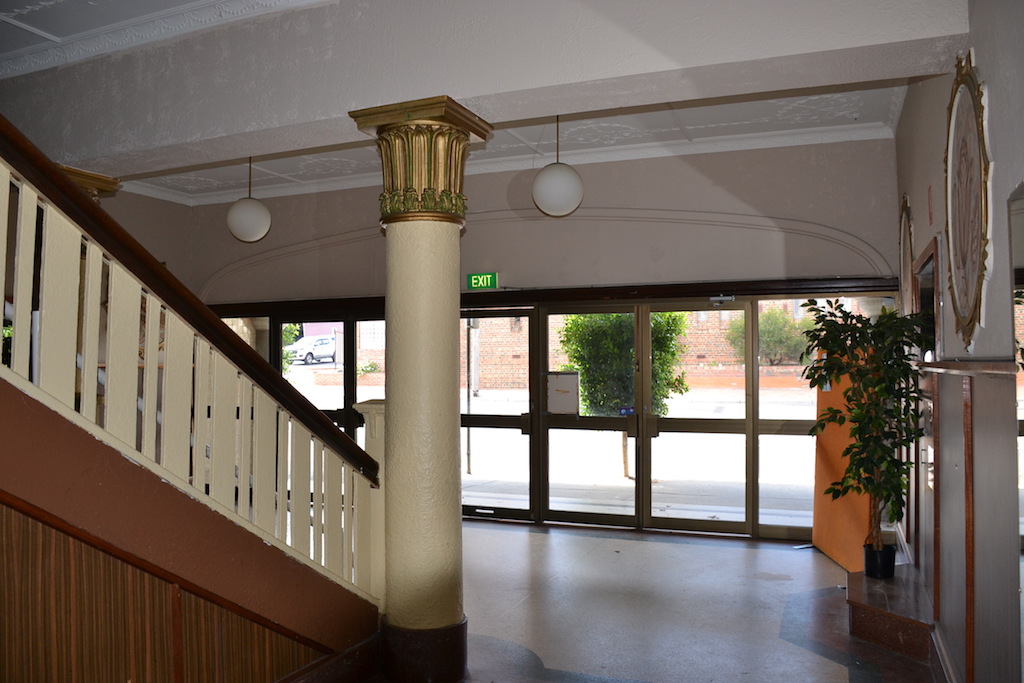 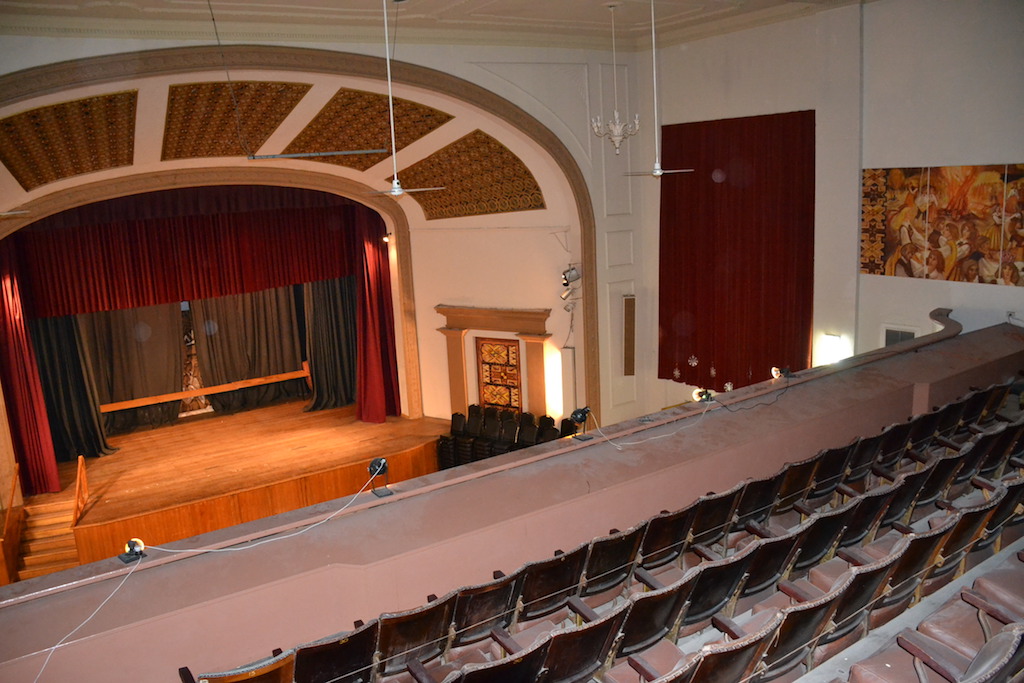 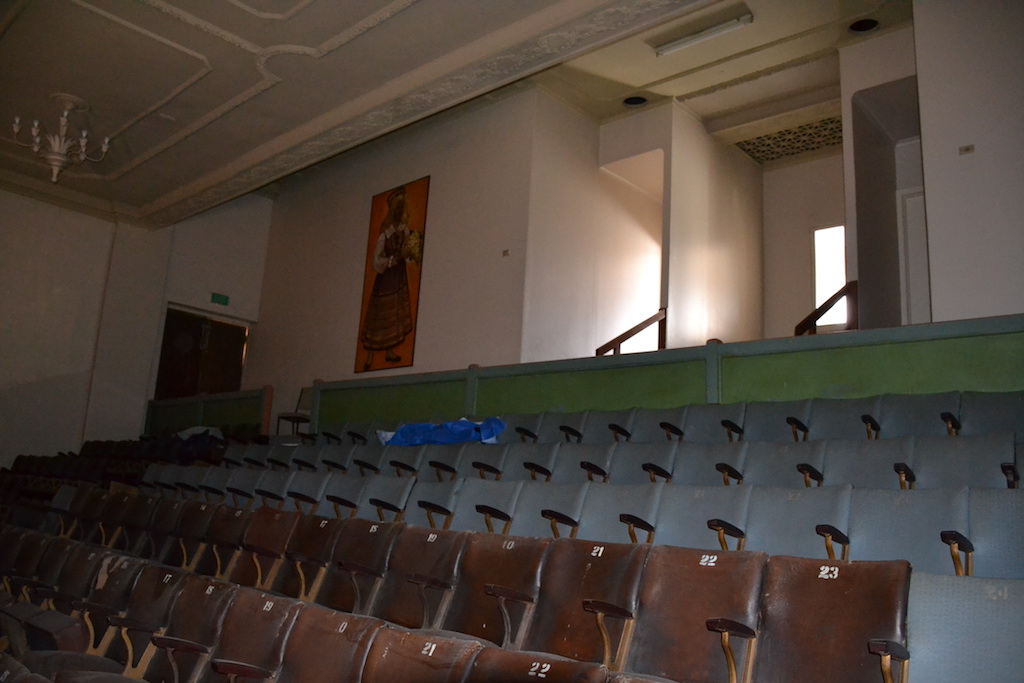 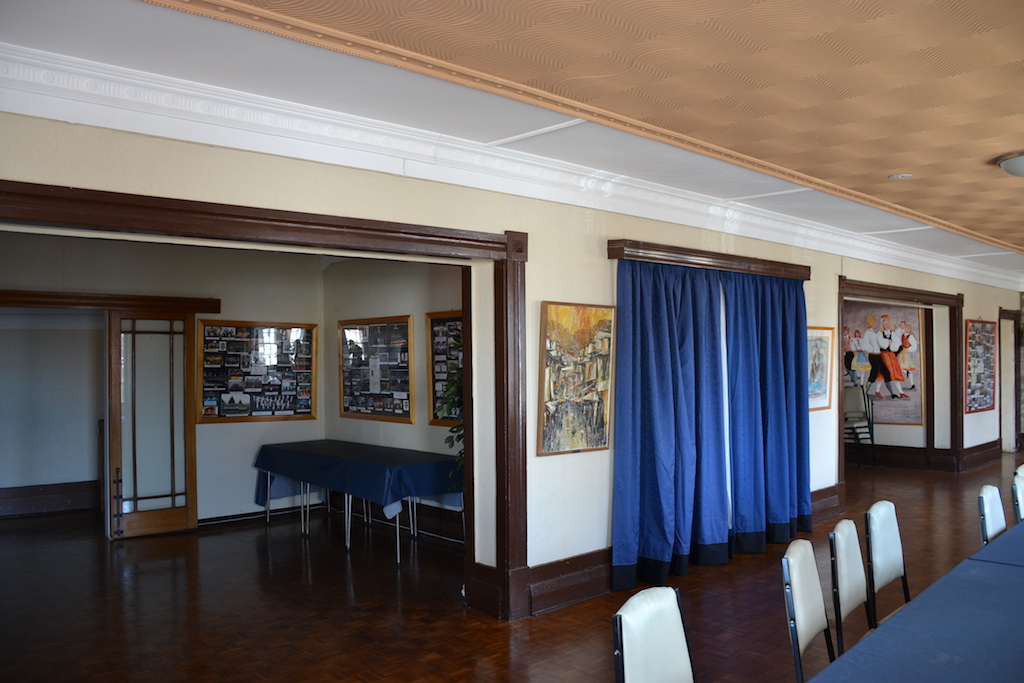 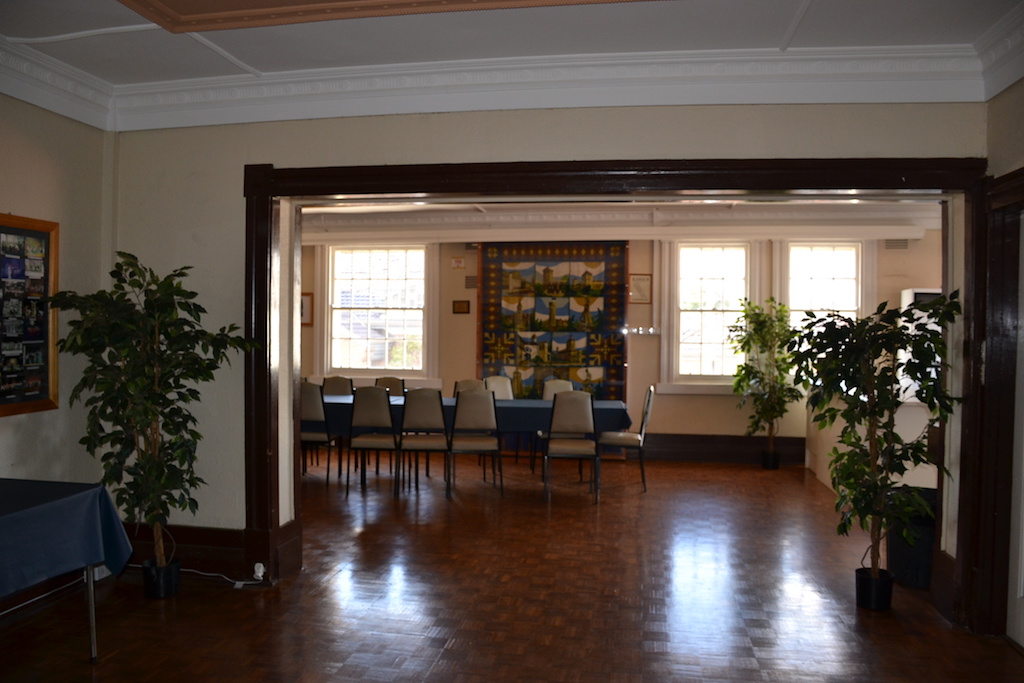 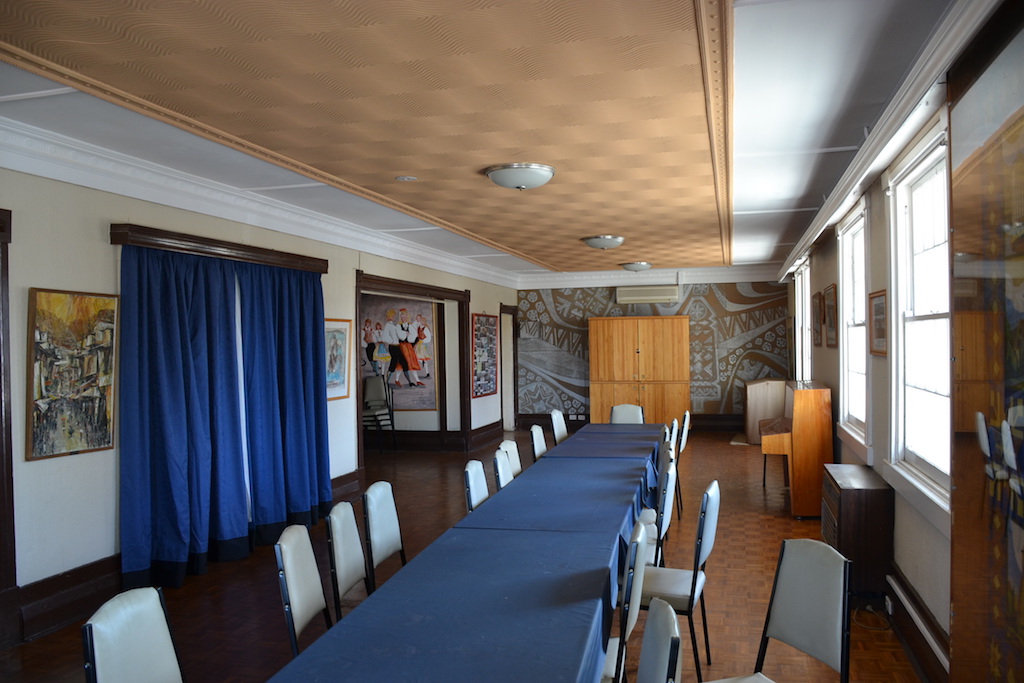 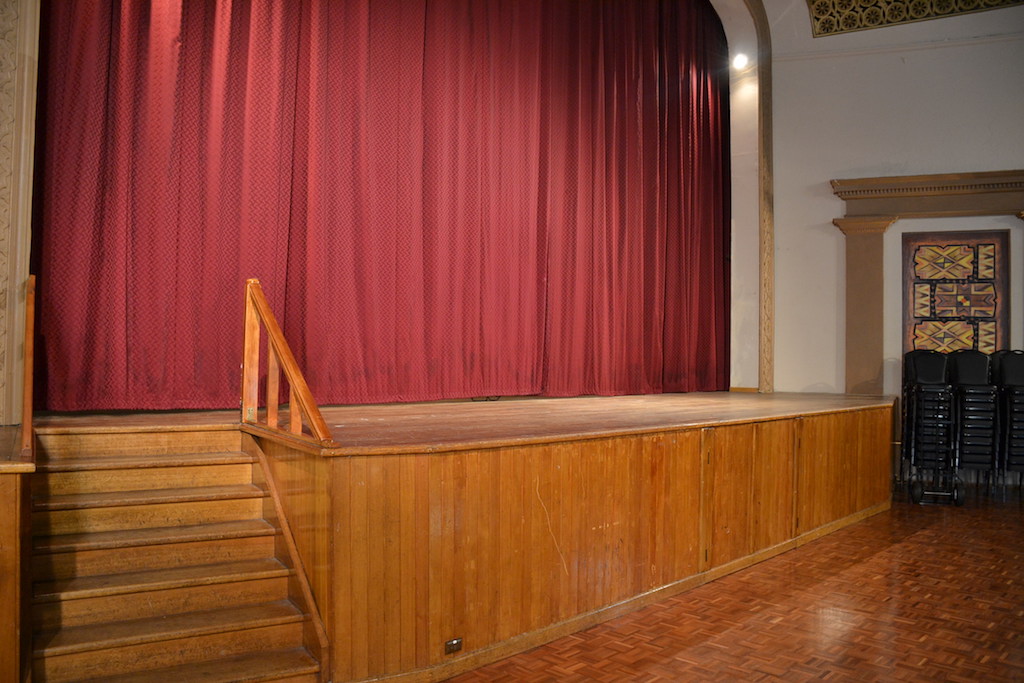 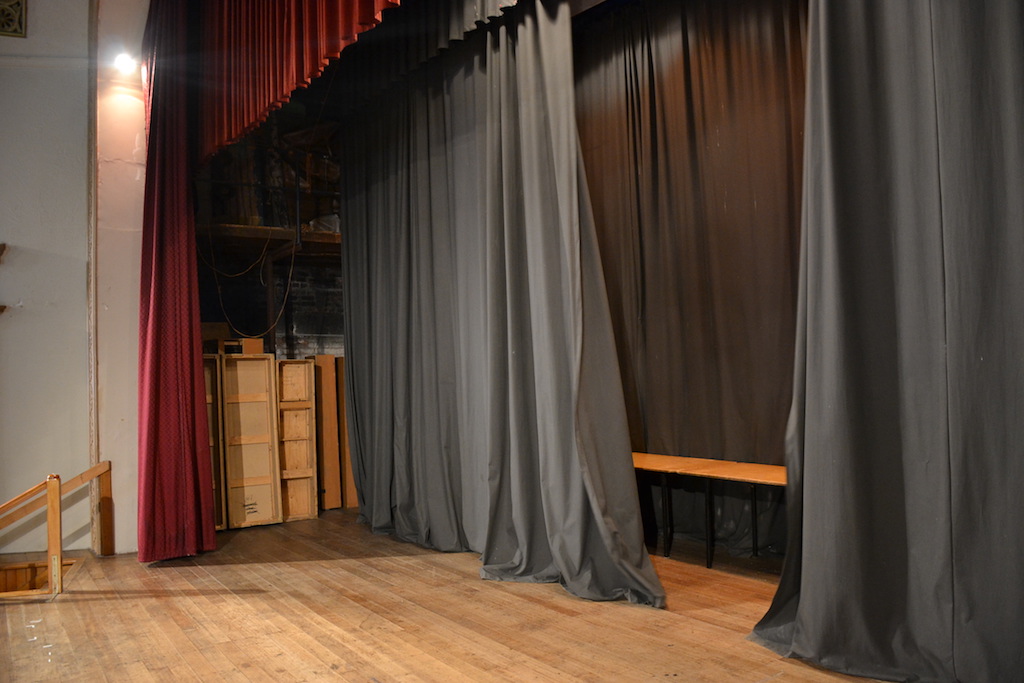 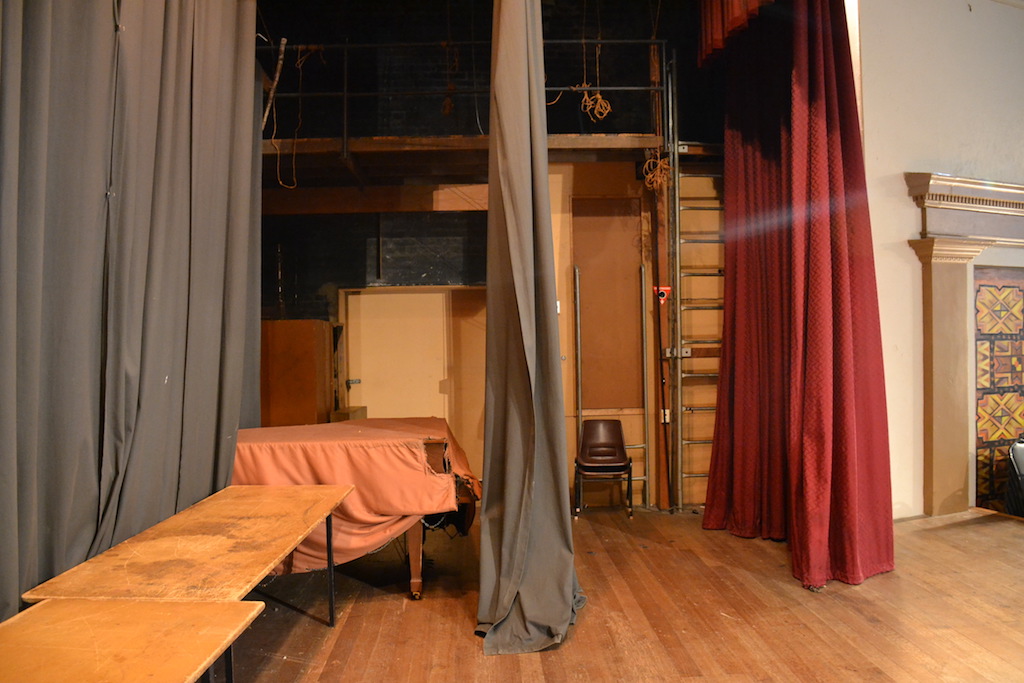 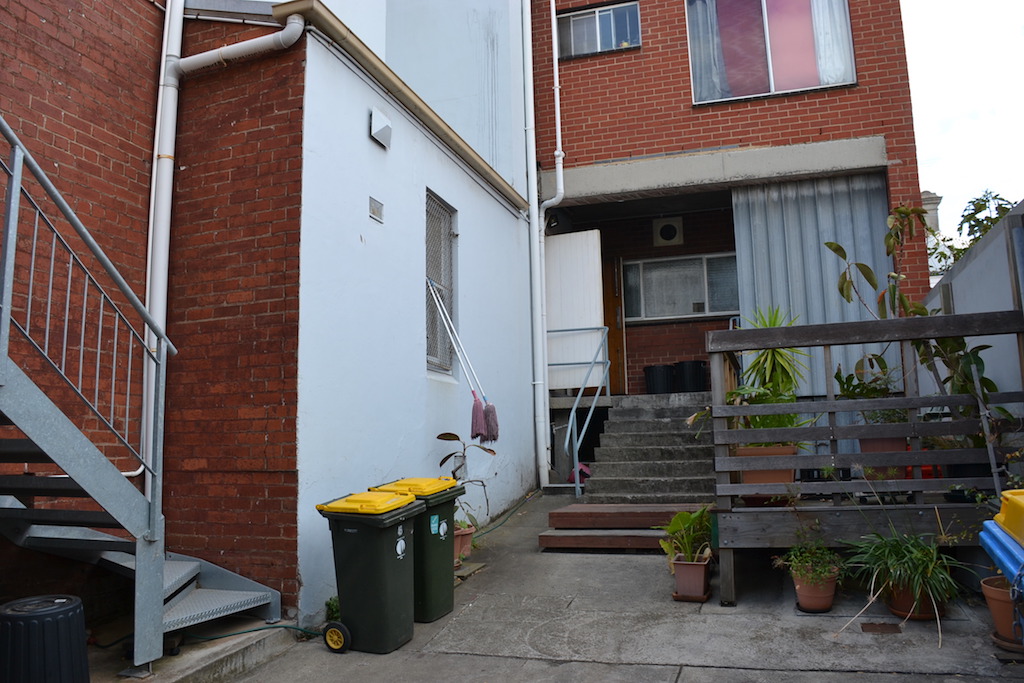 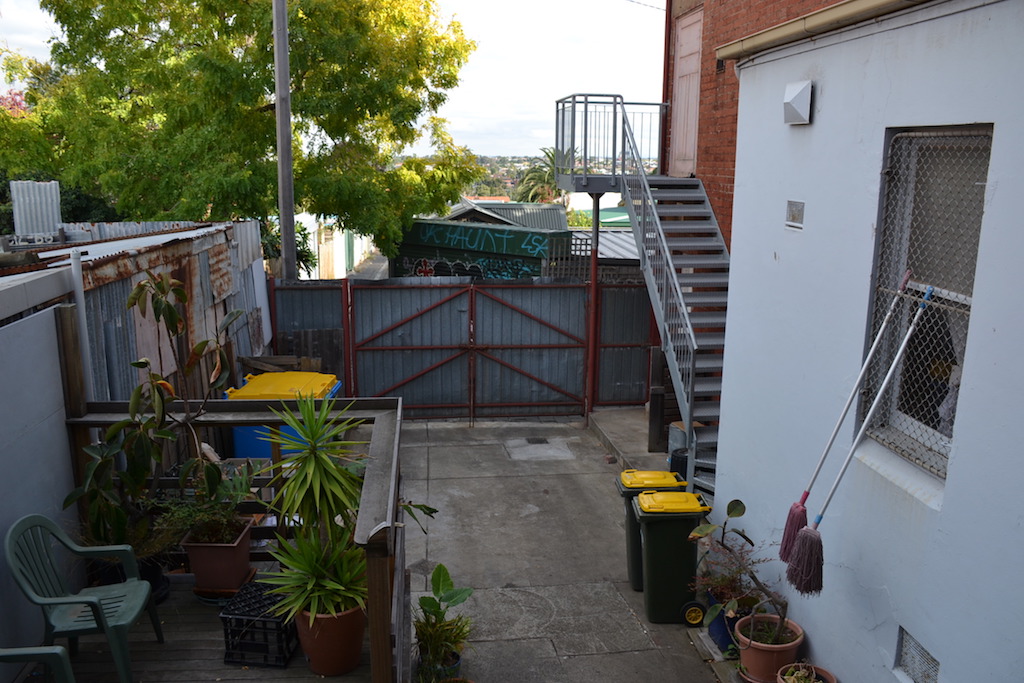 Please see the schedule at the Melbourne Events Calendar 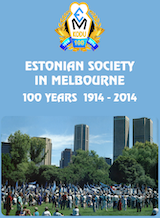 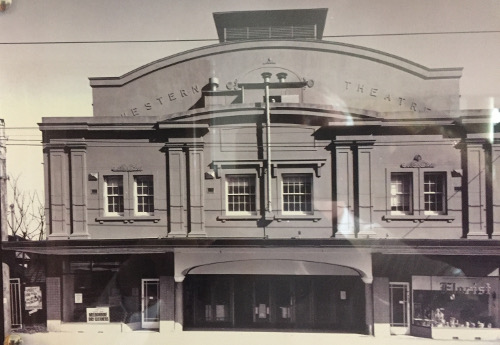 Story of the Western Theatre, East Brunswick before it became Estonian House in 1972

Melville Rd near Victoria Street is a busy retail and business centre nowadays, but the sound of lions roaring at the Melbourne Park Zoo could easily be heard a mile or two up the new tramline when a resourceful real estate agent named Thomas Gladstone Dowsley built the Western Picture Theatre.

Glad Dowsley, like his father before him, had through his thriving real estate agency, been deeply involved with the development of the north-west Brunswick area ever since the land was first subdivided back in 1920.  But the real catalyst for Dowsley to open a theatre was the spectacular development of the area following the construction of the tramline.  By 1927, only 12 months after the first tram had travelled up Melville Road, most of the empty land which swept down to the banks of the pristine Moonee Ponds creek had given way to urbanisation.  Glad Dowsley then formed the Western Theatre Pty Ltd. and soon after, the Western started to rise on the south-west corner of the Melville Road and Victoria Street as a symbol of the progress of the area.

It has not been recorded who designed the theatre, but it had some interesting variations: the most notable being its arch-shaped entrance and a distinctive curved roof instead of the predominantly slanted ones that were a part of the structure of every other Brunswick theatre.

Because of its elevated position it was (and still is) a large landmark, even to the point of being used as advertising billboard that was very easily seen by the patrons at the Moonee Valley Racecourse.

As a Greater Union Theatre, it opened without fanfare sometime early in 1928.  The first mention in the press was in the Coburg Leader on 20 April, when it reported on the success of a picture night at the Western in aid of the Brunswick Amateur Football Club.

The many social occasions such as this which were recorded at the Western make it clear that all early managers, Messrs. Macallum, Allardice and Oneill, were very much involved with the needs of the local community.  As the depression deepened and poverty wrecked the lives of so many in Brunswick, these occasions took on a sense of urgency.  The Western first started to show the talkies on 5 October 1939, but soon the advertisements for the exciting new talkies in the Brunswick and Coburg Gazette were sharing the front page with chilling headlines starkly describing the parlous plight of Brunswick’s many un-employed residents.

Times were bad for everyone and whilst the soup kitchens were busy, picture theatres were not.  Many closed down or converted into boxing stadiums or mini indoor golf courses.  Fortunately this did not happen to the Western, but the fact that after 1932 Burnley theatre are recorded in the rate books indicates that the Western theatre company was not spared from the inevitable economic difficulties.  (Burnley theatres continued as the owners until 1942, and after that as leasees to Western Theatres (not theatre) until 1946.  Then Western Theatres became both the owner and occupier of the property).

These changes did not affect the friendly approach of the Western management with both patron and employee.  Andy Romer, a former projectionist, still has happy memories of working at the theatre.  “I had some wonderful times there” said Andy.  “One Saturday arvo the manager, Mr Alladice, let me climb on the roof to see Phar Lap run in his last Australian race at Moonee Valley.”

John Mackay who has lived most of his life in West Brunswick, went to the Western soon after it opened.  In a recent brief interview he said, “The first half of the program was all vaudeville.  Some of the artists were well known radio personalities, and most of them were real good.  But when the crowds were low, the (management) regularly brought back the picture “Naughty Marietta” because everybody loved it so much and that always brought back the crowds”.

“Naughty Marietta” was a film version of a famous stage operetta.  Given the public’s love affair with musical comedies, it must have been the thrill of a lifetime when two of the biggest names in Australian musical comedy agreed to appear live at the Western.

The first was Robert Chisholm, originally born in West Brunswick (and a Western Theatre shareholder) who had become a famous musical comedy star on Broadway, returned to his old haunt for a few brief, but extremely well received season in July 1930.  The event, according to the advertisement in the Brunswick and Coburg Gazette was an “Attraction Extraordinary.”

The following June, a front page story in the same paper carried the exciting news that the great Gladys Moncrieff, the undisputed Queen of Australian musical comedy, would “star at the Western”.  (The Western had to share this honour with the Moonee Ponds in Puckle Street.  Once Gladys performed at one theatre she was whisked away by car to the next.)

“Our Glad” had agreed to this arrangement because of her deep concern that not many could afford to travel into the city – a good sport, she had insisted that no more than the usual movie ticket price be charged for the occasion.

The coming of the Second World War signalled the end of live shows at the Western.  But in those worrying times people were at least employed, and as a result, there was an almost unprecedented resurgence in picture theatre attendances.  At last, the shareholders received worthwhile profit for their investments.

This pleasing state of affairs continued unabated until the late 1950s when television wrecked attendances.  On 28 May 1960 the last picture at the Western was screened.  On 6 December that year a special meeting of the directors and shareholders of the company voted to wind up the company.  It then had a chequered existence.

It was a vast store for the New England Loading Equipment Company and then reverted to a cinema.  It was known as the Marco Polo, and screened (mainly) Italian Films.

Finally, in late 1969, it was purchased by the Estonian Community in Melbourne and after 2 years of voluntary renovations by the community members it was officially opened in January 1972 as Estonian House, the largest Estonian House in the world.  This building has served as the community headquarters since that time.  Estonia, is a northern European country, which was under soviet occupation at the time the house was officially opened.  Many of the people involved in its development were post war refugees who had found a home in Australia but still felt a need to maintain their cultural heritage.  The house was a place that all Estonians could come to speak and learn the language, sing in choirs, learn handicraft skills of their elders and practice folk dancing.  It was hoped that through this activity the Estonian culture would remain alive at a time when soviet occupation was trying to eliminate it.

Today, Estonia is again an independent country (since 1991) and a member of the European Economic Union.  The original purpose of the house has altered.  The Estonian Community in Melbourne is much smaller and the need to maintain the culture in exile is no longer as required, however there are still active third generation elements within the community who wish to learn the language, sing and continue to dance.  Whilst this interest is still alive the house will continue to exist as the Estonian House in Melbourne. 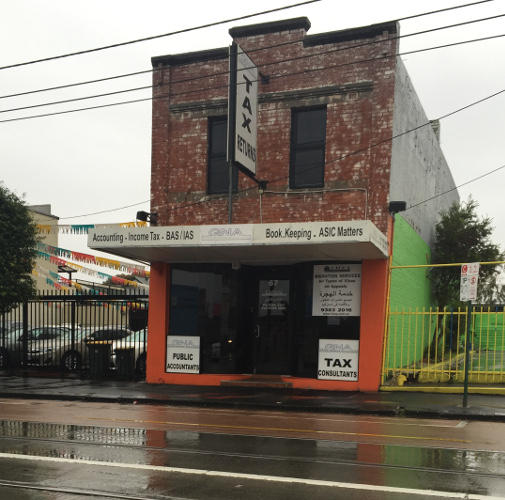 General: This email address is being protected from spambots. You need JavaScript enabled to view it.

Melbourne Estonian House future workgroup: This email address is being protected from spambots. You need JavaScript enabled to view it.